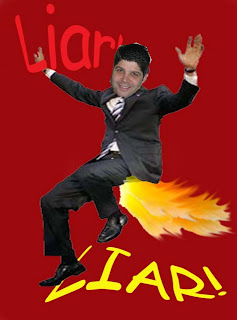 The City Re-Org report has never been officially distributed to members of the Council, and therefore is not available to the public in an attempt to get it passed without full transparency!!

Yet again, only 2 of the 4 Republican Councilmembers - Deborah Kleckowski and Linda Salafia kept fiscal responsibility in mind when voting against the retirement package recently passed by the Council. This set of golden handshakes, although Councilmen Tom Serra refuses to call it that, are a precursor to the adoption of the re-organization plan. As quoted in an article about the vote published by the Middletown Eye blog, Salafia expresses her concern for taxpayer's wallets:

“We haven’t seen a list from the task force of those who are leaving or a cost analysis of leaving these positions. The city is doing this process backward.”
“I have a problem with how they did the math. The city will have to fill these positions eventually. We are not going to save money. My constituents will be outraged by this program. Many of them already have a negative view of the pensions our city employees have.”Read full article here.
The objective of the task force appears to contain a predetermined remedy for what were yet-to-be discovered problems. Salafia points out that many of the positions will still have to be filled and thereofore the cost savings is a false assumption. Kleckowski cited departments becoming dysfunctional as a concern. In a previously published letter from the actuaries hired by the City to City Finance Director Carl Erlacher, the actuaries expressed concerns that the pension fund be in trouble as early as 2014. Apparently, Mayor Drew knows better than the professionals.

The package is available to read here: https://docs.google.com/open?id=0B1OYjxtLEgUwUm9EZ1gzYUdsODQ

The smoking gun letter from the actuary is here:   https://docs.google.com/open?id=0B1OYjxtLEgUwUm9EZ1gzYUdsODQ
C. Merging Legal, Personnel and Human Resources. About the stupidest idea in this report. The creation of conflicts of interest alone should be reason enough to reject such a proposal. As with IT, every city function has a legal component attached to it. Why is Personnel different?

The City Attorney is the City's lawyer. Its duty is to represent and advise ALL departments. All of the functions listed by the task force, which are not already within the legal department (i.e., risk management, claims) are substantive city services or administrative/management activities that are not particularly suited to the legal profession. If it can be said that personnel management is an appropriate function for a lawyer, then why not city planning? Or snow removal? Or sidewalks and streets?

Also, the claim that a labor relations division will better handle labor negotiations, day-to-day employee matters and disciplinary actions is one that doesn't hold water. More seriously, however, it contains legal and ethical dilemmas. First, the Municipal Employee Relations Act (MERA) makes the chief elected official - the Mayor - the recognized negotiator for the City. The mayor can designate whoever he chooses to do the actual negotiating, but he is the one responsible for the finished product. The mayor is free to name the City Attorney to a negotiating team or as the sole negotiator. He has always had that authority and this proposed merger doesn't add anything!

The city deals with four unions. Mayor Giuliano’s negotiating teams were different, depending on which union was involved, but they always included a lawyer.
A very sticky problem with the merger is the idea that the City Attorney will "assist the Mayor and other City managers and supervisors in day to day employee relations, including disciplinary actions." When the City Attorney is engaged in such functions, how will the Mayor and the "managers and supervisors" know which hat he is wearing - his lawyer hat or his manager hat? Again, the Mayor, the directors and superintendents have always had the ability to seek the assistance of the City Attorney in resolving legal issues arising from the exercise of their official duties. This proposal doesn't enhance that role. To the contrary, it impedes it. What "manager" will be confident in seeking legal advice from an office that has the power and duty to discipline him or her?

If this is such a wonderful concept, what other Connecticut towns are doing it? Has the task force made this inquiry?

D. Public Works Department merging with Park & Recreation:. the idea of reassigning parks maintenance duties to the Public Works Dept. The prospect of significant upgrades of positions, however, nothing to suggest that the functions are incompatible.

E. Merging Senior Services and Recreation into one department is something that had been contemplated also by the previous Republican administration, but had not gotten much traction with the Council (it wasn't the Dems idea).

F. Merging Arts & Youth Services: Mayor Giuliano had also proposed the inclusion of Youth services and Arts within a new department. Names like "Community Affairs", "Arts and Leisure Services" or Arts, Culture and Community Services", but there was always one interest group that either didn't like the name or didn't want to be included with one or more of the other groups. The opposition always appeared more subjective than based on any real facts.

G. Vital Statistics remaining in Health Department. Vital Stats in Health seem weak. First, other than for keeping vital stats, the Health Department has no significant need for a large vault. Simply relocate the Health Director's office from its present location and turn that space over to the Town Clerk. It is already used for vitals, so very little would have to change.

The argument is made that we are a "hospital" town and the only other two Connecticut towns whose vital stats functions are not in their town clerks' offices are also "hospital" communities. There are certainly more than three cities in Connecticut that are host communities to hospitals. Hartford, New Haven, Bridgeport, Stamford, New London, New Britain, Norwich, Danbury, Waterbury and Meriden are examples of cities which host hospitals; many host more than one. Yet, no more than two in the whole state, in addition to Middletown, follow this pattern. All of the others don't seem to be finding the presence of hospitals to be a significant problem for their town clerks.

Conclusion: Finally, the task force criticizes former Mayor Giuliano for filling positions occupied by those who had announced their retirements. They claim that this had violated the "spirit" of the Charter prohibition on making appointments between the election and the swearing-in. This makes no sense; some positions need filing as the job cannot go undone. Does Mayor Drew operate on the premise that he is going to lose the next election? Maybe he should and, likewise, the Common Council should reject this proposed "reorganization" because the "new administration" may not want it. Turn around is fair play.